Factory in Vlotho celebrates roll-out of the 5,000th dryer 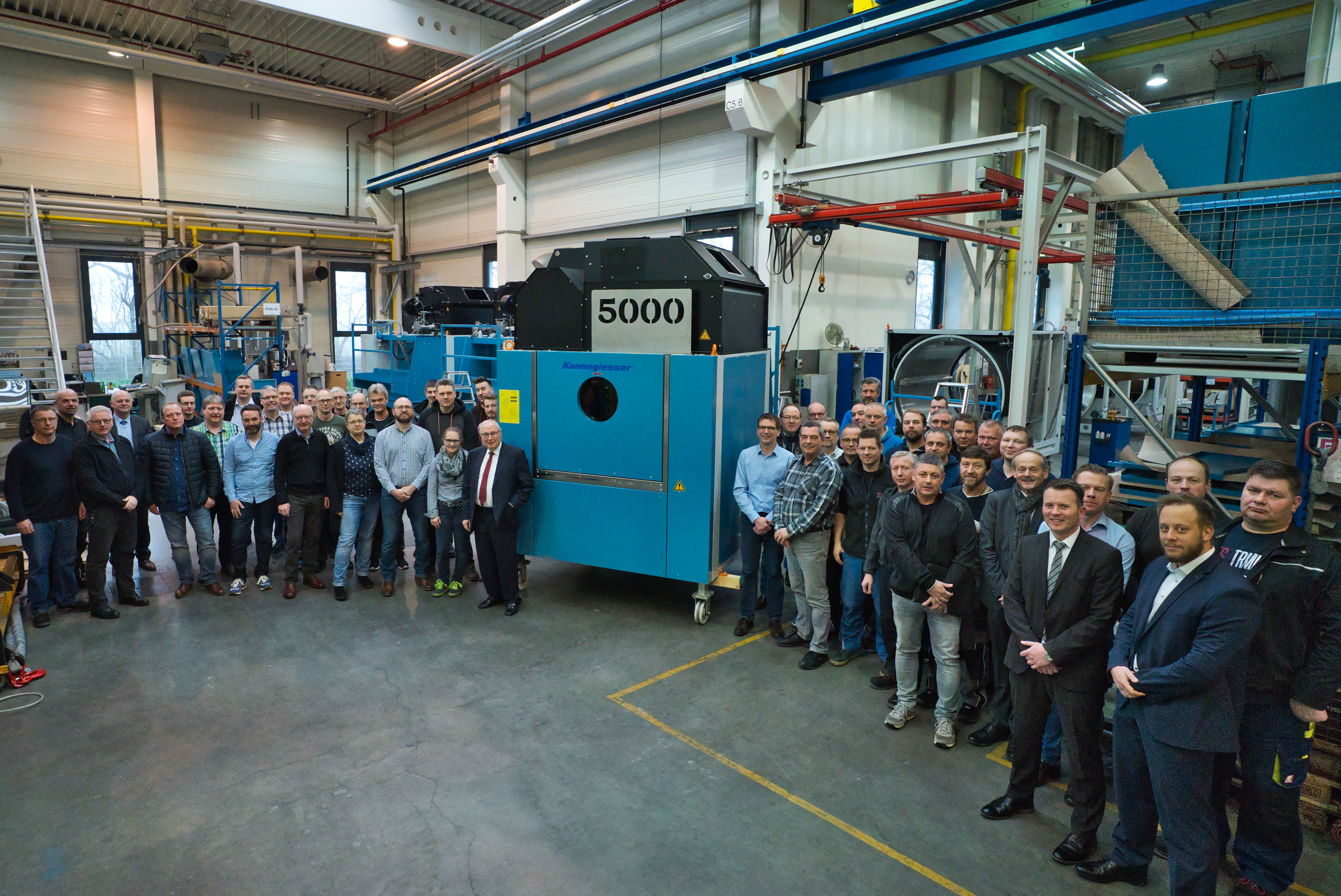 The PowerDry: one of Kannegiesser's flagships. To celebrate the production of the 5,000th dryer, Martin Kannegiesser invited the design and production department of the dryer to a breakfast in the assembly area. With the highest performance and lowest consumption, the PowerDry is the first choice for textile service providers all over the world.

As a transfer dryer, the PowerDry is the link between the washing and finishing areas. Washed laundry is automatically loaded on one side and after a short drying time unloaded on the other side for further processing in the finishing area. Whether towels, bed and table linen, clothing or even mops and floor mats, the PowerDry has the best drying program for every textile.

The success story began in 2003, when the PowerDry was developed by Kannegiesser as the successor of the "258". Production was initially located in Steinheim an der Murr in South Germany. Following huge demand, production moved to Vlotho in 2007. Larger production capacities in the main factory has allowed for improved market supply.

Because of continuous product development since its market launch, the PowerDry continually offers the best and most up-to-date industrial laundry technology. Thanks to patented technologies such as InfraTouch, Energy Air Control and ECO2power, it is also well equipped for the future.