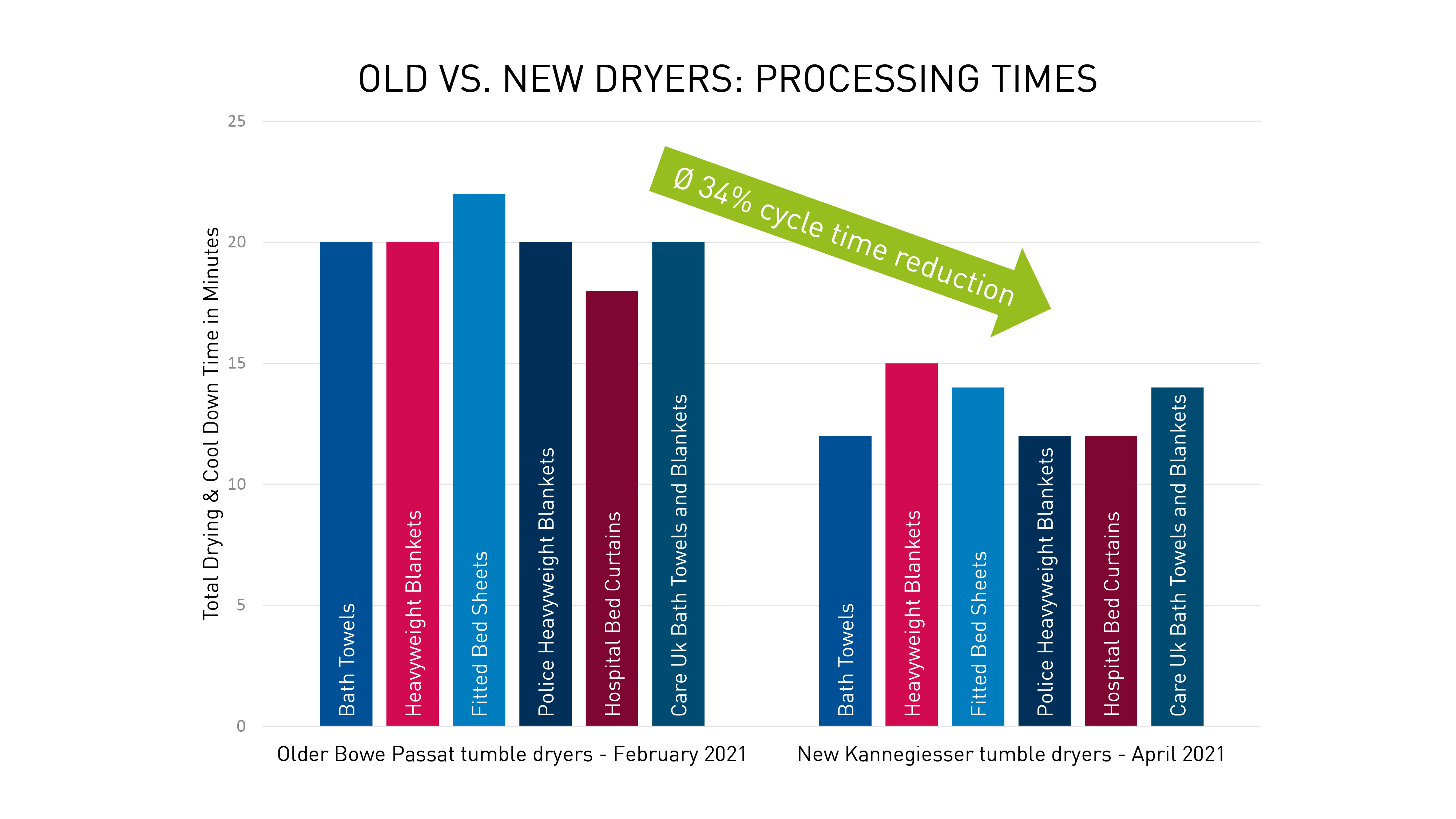 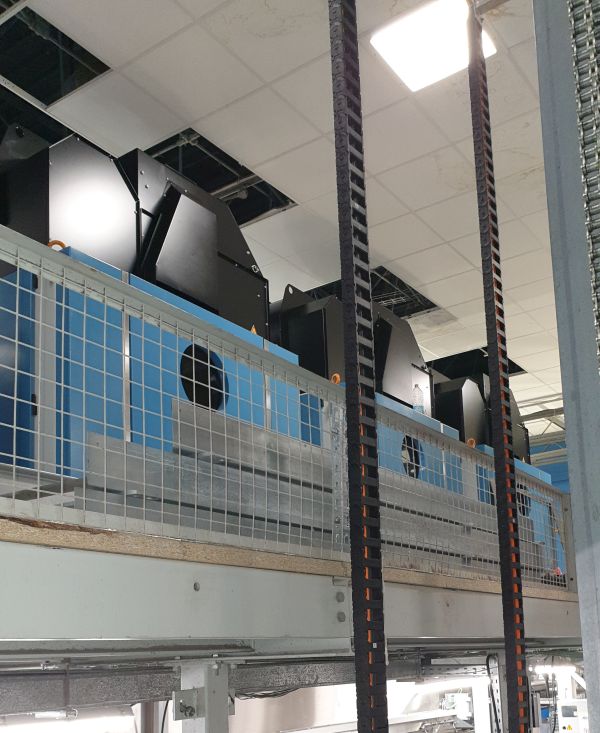 Removing 10 old Passat dryers and installing 10 new PowerDry over the weekend – not an easy task but Kannegiesser made it happen. For John Herbert, manager of the Royal Devon and Exeter NHS Foundation Trust’s linen services operation and linen decontamination unit, this was truly an extraordinary event that will stick in his memory: “They each knew exactly what they had to do, with hardly any talking to each other needed to check on the plan, just rapidly making it all happen. And all I could do was buy them a pizza!” It was important that the installation went as smoothly as it did since the hospital laundry service from Exeter, located in the south west of England, plays an important role in the British healthcare system. The laundry runs at full volume due to Covid pushing up admissions, so the absolute minimum shutdown time was needed. And the effort was worth it. With the new PowerDry machines up and running the laundry was able to reduce drying times by 34%, which not only increases productivity but also saves energy and reduces CO² emissions.

“It was probably one of the most challenging projects that we have been involved in over the last 25 years,” Selwyn Burchhardt of Kannegiesser UK recalls. Some nine months of detailed pre-planning took place, with regular meetings between the laundry, Kannegiesser and other contractors. Before the dryers could be replaced, a first shutdown two weeks prior saw the two Lift Shuttle Conveyors replaced and some updated software installed. The Lift Shuttle Conveyors take the laundry to the dryer level. Additional drying capacity was installed on a temporary basis to handle the batches coming from the two main PowerTrans tunnel washers during shut down periods. But then the critical phase started. From Friday 2 pm until Monday 3 pm the team of technicians achieved the feat of replacing all of the 10 dryers. Selwyn Burchhardt remembers: “We had 20 technicians on site – all working under strict Covid protocols – from four different contractors under the control of Kannegiesser UK project manager Dave Willis.”

Manager John Herbert says the laundry team could hardly believe their eyes when they saw what had happened in such a short space of time. They had run an early shift instead of day shift and sent out linen two hours earlier than usual to maximise the time available for the engineers. The new equipment not only looks good but also means tedious chores like cleaning lint screens every two hours are gone for good, courtesy of the new equipment featuring and automatic lint cleaning function to clean the screens after each batch of work.

The main benefit of the new installation is the immense increase in productivity. Thanks to the market leading PowerDry drying technology, the Royal Devon and Exeter NHS Foundation Trust was able to reduce drying times by 34%. That not only increases productivity but also improves the operation’s sustainability. There is a big carbon footprint and energy saving gain for the trust’s sustainable development plan, which has a target of reducing carbon dioxide equivalent emissions from energy, waste, and water by 28 per cent from a 2013 baseline.

For everyone involved, it is clear that the success of this ambitious project is both the result and proof of the trustful cooperation that has existed for many years between the textile service of the Royal Devon and Exeter NHS Foundation Trust and Kannegiesser.